The former Cornwall General Hospital School of Nursing operated from 1899 until 1969, while the hospital’s RNA Training Centre served the community from 1968 until 1989. 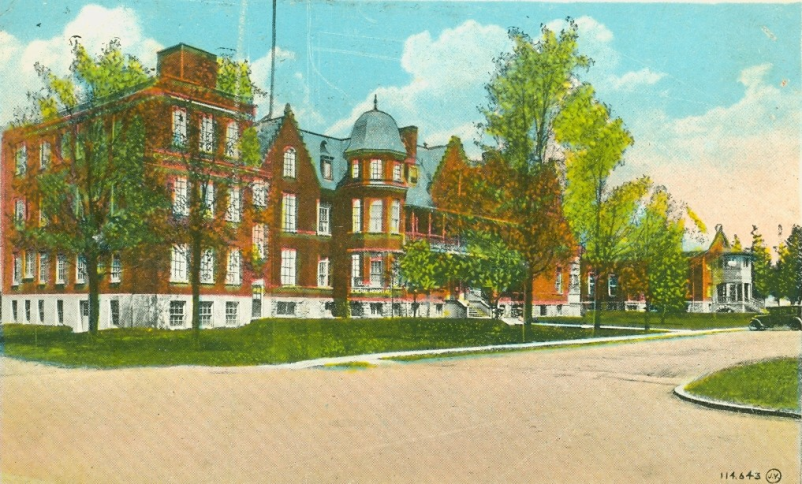 During that period of time, Pommier Jewellers designed a series of CGH school rings, evolving with the changing times and according to the wishes of various graduating classes. We are aware of at least three distinct designs (ca. 1922, 1952 and 1969).

Andre Pommier tells us that his popular jewellery shop at the junction of Pitt and Second Street still has the ring moulds. Using these moulds, he can create replacement rings for any lost or badly damaged school ring. However, his preference is to professionally repair any damaged ring.

Recently the Cornwall General Hospital Down Memory Lane project arranged for three of these different rings (accompanied by their owners) to gather at Pommier’s for a ring cleaning and photo opportunity. The project is raising funds to create a permanent commemorative of the school of nursing, the RNA school and the hospital itself on the original hospital site, now operating as The Care Centre. The Centre offers affordable seniors’ housing and a mix of health-related offices, each independently operated. 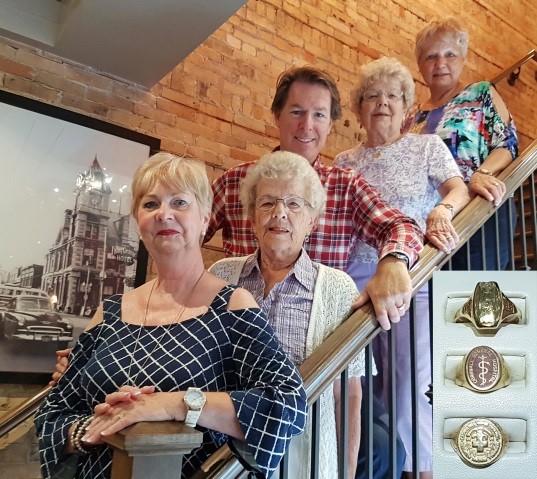 As Rosamond mused, "I wonder if there are more rings?" Do you know of other designs? If so, we’d love to hear from you at cornwallhistory@outlook.com. If you can help with a financial donation or memorabilia item for the project, please contact Sharon Porter at 613-935-9457.