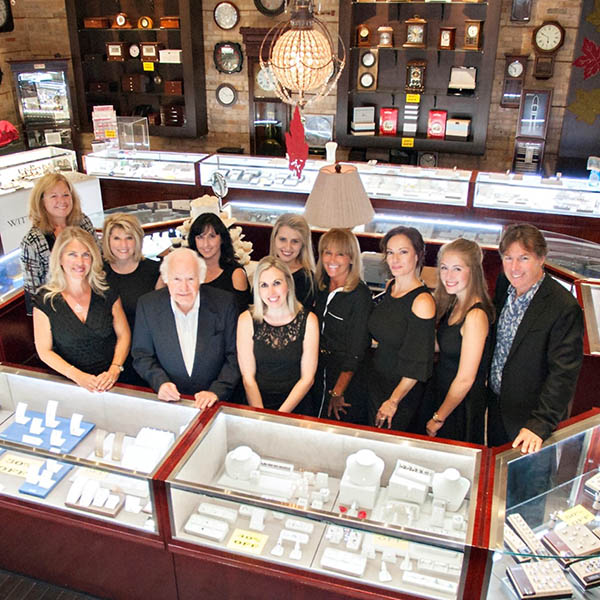 It was in 1877 when Eugene Pommier moved from Paris, France to establish his store in Quebec, Canada. He had five sons and one girl and they all became a watchmaker, a jeweller and an optometrist opening their stores in Timmins, Rouyn Noranda, Granby, Alexandria and Rockland. Armand Pommier, our grandfather, had his jewellery store in Rockland and decided to move it to Cornwall in 1937. So, for 80 years Pommier jewellers have been making dreams come true for Cornwall, Ontario and the surrounding area. Located in downtown Cornwall, they continue to flourish and grow their business. In 1952 Georges Pommier, son of Armand, moved the store to the Cornwallis Hotel and opened the House of Gifts. Later, Georges moved to the King George building and entered into a partnership with his brother John as well as Harold Warren to create Warren-Pommier in 1965. Georges and his wife Jackie Pommier continued the jewellery store selling jewellery, watches and fine china, then came their three children Rosanne, Maryse and Andre. All three worked at the store and in 1986 Georges, Maryse and Andre decided to reopen a new modern Pommier Jewellers across the street at 6, Second Street East. 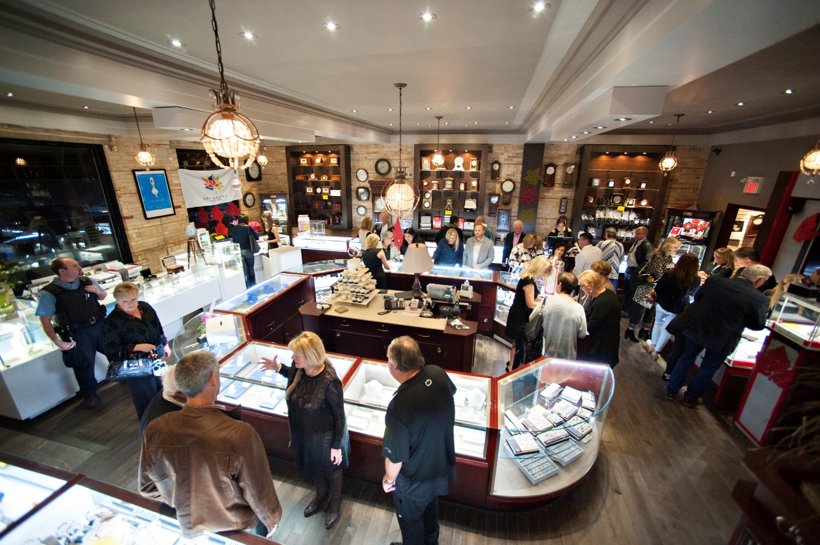 This Past October, the Pommier Jewellers family celebrated their 80th Anniversary with a huge 3-day Sale and VIP Event. Across the three days, selected items were on sale for 40 to 80 percent off. Special Anniversary rings with Canadian diamonds were made to commemorate the event. As well a spectacular “Trinity Past, Present and Future” ring was specially made to make the 80th Anniversary of Pommier Jewellers. Not only did this ring commemorate Pommier, but also the 150th anniversary of Canada. Set in the centre is a Canadian Maple Leaf diamond with 150 facets flanked by two rubies, together mirroring the image of the Canadian flag. 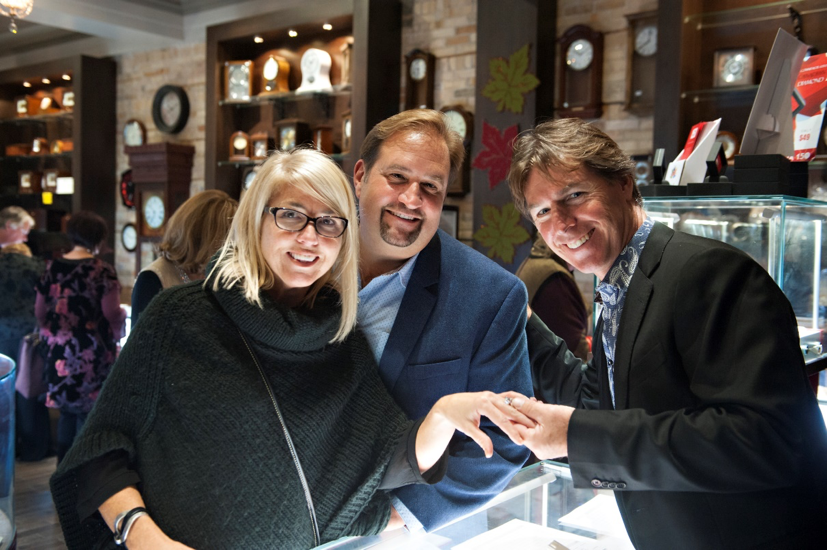 A special VIP Event was held at Pommier Square and in-store for guests. They had the opportunity to enjoy food, refreshments and entertainment. Plus! Guest as well as the Staff were treated to some stunning jewellery from Corona (Bill Gale and Cam Gillies), brought to us by a Brinks truck. Guest also had the chance to enjoy a live and silent auction where they could bid on Exclusive jewellery. A part of the proceeds was donated to the Cornwall Community Hospital Foundation. The fun continued the Saturday where customers enjoyed a Family Day. Again, proceeds from this event were donated to Big Brothers Big Sisters of Cornwall.

What do the next 80 years hold for Pommier Jewellers? well, one could say that the diamond does not fall far from the tree. France, Andre’s wife, joined the business in 2012 and their daughters Jade and Bianca have started working weekends, as well as some evenings. They are all a great addition to the Pommier Jewellers family!